I’m spending a year writing about being thankful. It’s my word for 2015. I don’t want to focus on the negative anymore. It’s too life draining. So yeah. Thankful.

40. My mother just had both her knees replaced. On the same day. I can tell you as a surgical nurse this is a crazy BIG surgery. It’s painful. It’s hard. She’s in Pennsylvania. I’m in Florida. (I’m heading up this weekend to visit) So when I got the text from my sister that read Call me!!!!! I got more than a little freaked out. Imagine my thankful relief to find out my sister was just freaking out about drug induced hallucinations. It hit me in that moment, this startling grace. I only have one mom. For all my complaints about her lacking qualities, I only have one mom. She is a gift!

42. When I think about where my life could have gone, the nights of drunkenness, going home from bars with strangers, selfishly letting my kids fend for themselves because I wanted time for me. My little family was so destined to fall apart for my ruining devices. But God. In his merciful grace saved me! Redeemed all my ruinous schemes. Kept my little family together. Keeps us together to this day. Not just grace. Amazing Grace!

(These next bits are not for the faint of heart. They are not easy to write about. They are intensely personal. Please forgive me if I do not respond to any comments. I will not elaborate on any more than what is written. Thank you for understanding.)

You never really know someone until you live under the same roof.

March 1985. Five years after he died. I discovered I was pregnant. Somehow I knew the child would be a boy I would name Robert in memory of him. I wished he would have blue eyes and blond hair, secretly thinking it would never happen because we have brown eyes and brown hair. But a girl can dream, right?

May 1985. I graduated from college. I quickly packed up my life, moved to Dover, Delaware into a tiny trailer with the man I married the previous year, only visiting him on weekends up until this point.

The verbal sword matches began immediately. Oh I’m great with a sword of sarcasm, accusation, nagging. He was skilled in telling me how stupid, awful, useless I was.

June 1985. The trailer was too tiny. We found a small house to rent on the other side of town.

He played in a dart league on the USAF base. We’d go. I’d watch. He’d get drunk. I’d drive home. Repeat.

Accept this one time while I was driving us home, he didn’t like my skills. He took it upon himself to bend over, push the gas peddle to the floor as I screamed for him to stop, somehow keeping that car from careening off the road or into other cars. This is when the real terror began. I was 4 months pregnant?

November 1985. 8 months pregnant. A card game with the neighbors ends. He’s drunk. Really drunk. I’m not throwing the right cards. Suddenly, he goes berserk. Starts screaming at me. I scream back. Next thing I know he picks me up off the floor, throws me into the wall, and I crash to the floor (he is 6 ft 2, 210lbs. I am 5 ft 0, 8 months pregnant).

Terrified, I run to the back of the house. Why I didn’t run for the front door I’ll never know. It didn’t take long for him to find me in the dark back room, to rape me, to pull me up off the floor and violently shove me out the front door.

Crying hysterically, I climbed into our only car. I told myself I couldn’t leave. How would he get to work the next day? He would get into so much trouble if he didn’t show up for work. I replayed the scene over and over. It must have been my fault. I was too demanding, too nagging, too unsupportive. I hoped my child wasn’t dead. He didn’t move for a very long time, obviously stunned into a fearful stillness of his own.

I went back into the house after spending the night in that car. He acted like nothing ever happened, no remorse, no apology, only silence as he dressed in his uniform, went out the front door.

December 1985. The boy I wished for was born on Christmas Eve. He had blond peach fuzzy hair, blue eyes, a gift from the God I was refused to believe existed, who never left me even in my anger, protected me, my unborn child because of His goodness, mercy, and grace for a lost soul.

Just read a great little book called Prodigal God by Tim Keller. I loved it. In the book, Mr Keller dissects the parable of the prodigal son in a way that really gets to the heart of grace.

2. giving or yielding profusely; lavish (usually followed by of or with ): prodigal of smiles; prodigal with money.

Mr Keller goes on to show that not only was the son prodigal in that he blew all his inheritance in reckless living, but that the father is just as prodigal in lavishing gifts and restoration to his younger son upon his return. He also tries with all his might to do the same for the stubborn elder son who is angry when the younger returns.

Here is a picture of how God comes down to us, to recklessly, lavishly give to us what we don’t deserve, His unconditional love and mercy.

Here is just a taste of some thought provoking quotes from the book.

Here, then, is Jesus’s radical redefinition of what is wrong with us. Nearly everyone defines sin as breaking a list of rules. Jesus, though, shows us that a man who has violated virtually nothing on the list of moral misbehaviors can be every bit as spiritually lost as the most profligate, immoral person. Why? Because sin is not just breaking the rules, it is putting yourself in the place of God as Savior, Lord, and Judge just as each son sought to displace the authority of the father in his own life.

Jesus does not divide the world into the moral “good guys” and the immoral “bad guys.” He shows us that everyone is dedicated to a project of self-salvation, to using God and others in order to get power and control for themselves. We are just going about it in different ways.

This means that Jesus’s message, which is “the gospel,” is a completely different spirituality. The gospel of Jesus is not religion or irreligion, morality or immorality, moralism or relativism, conservatism or liberalism. Nor is it something halfway along a spectrum between poles — it is something else altogether. The gospel is distinct from the two approaches: in it’s view, everyone is wrong, everyone is loved, and everyone is called to recognize this and change.

He (Jesus) is not a Pharisee about Pharisees; he is not self-righteous about self-righteousness. Nor should we be. He not only loves the wild-living, free-spirited people, but also hardened religious people.

We must learn how to repent of the sin under all our other sins and under all our righteousness — the sin of seeking to be our own Savior and Lord.

If we say “I believe in Jesus” but it doesn’t affect the way we live, the answer is not that now we need to add hard work to our faith so much as that we haven’t truly understood or believed in Jesus at all.

If you want a better understanding of how awesome God is, how He never gives up on us, I highly recommend this little book. 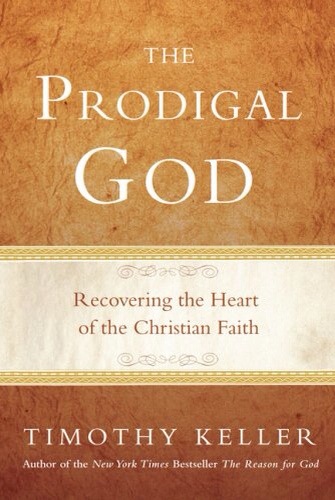 After bath 🛁 cuteness 🐥
I think Rob’s expression says it all 😂
We look good in hard hats
It’s National Public Lands Day and I’m on the Appalachian Trail with the Mid Atlantic Crew building new trail. It’s butt kicking hard work. So worth it. 😃 Head to @appalachiantrail to check out the opportunities to get involved and give back.
You would be 88 today. Mom says I remind her of you. Wish you were here. Happy birthday dad. ♥️
My sweet cheese 🐥
I did a thing 🥰
Are you falling asleep? 😴
We met just over the border in NC on the AT the first week of the LASH. Turns out she and her husband live right next door in NJ. We exchanged contact details and then we went for a 3 day stroll on the AT in NJ. 🙂 It was really hot, but the AT is worth it. With @lisah1005 - trail name Planner. They call me RoadBlock 😉